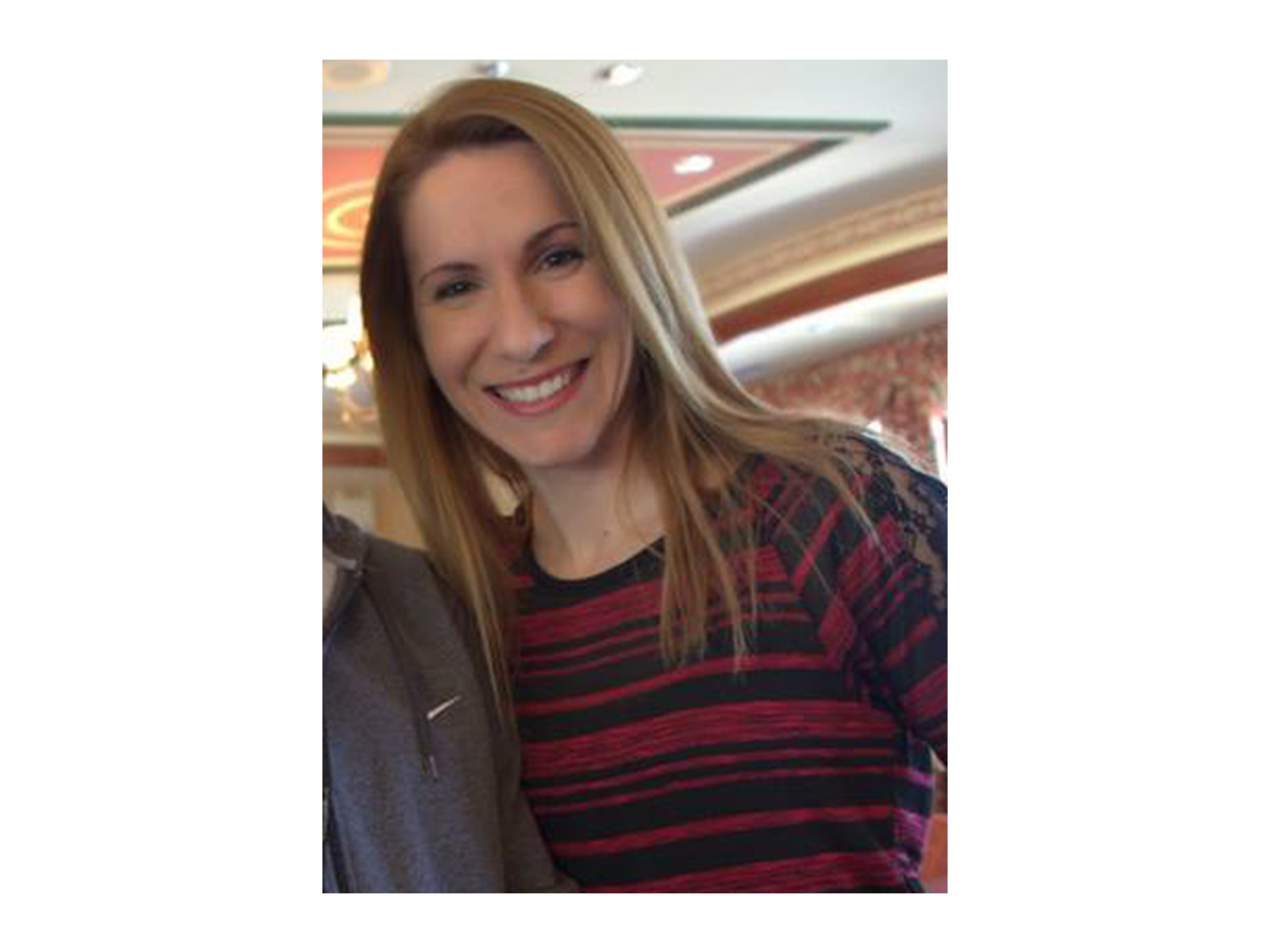 How one teacher gets her students excited about math

During a lesson on effective interest rates, Maria Sairoglou, Professor of Business and Finance Mathematics at Seneca College, decides to put down the textbook and have a little fun.

A credit card company, she says, has just set up a table on campus, and students are flocking to it to sign up for their first credit card. She reminds her class that credit is important to build, and that according to a huge sign next to the table, the interest rate is only 1.75% per month.

“Isn’t that awesome?” she asks her class.

So Professor Sairoglou asks if any of them plan on filling out an application after class. A bunch of hands shoot in the air. “Alright,” she says. “But before you go, let’s just see what they’re offering.” Then she has the students input the 1.75 interest rate into an effective interest rate formula.

"Slowly the hands are going up,” Sairoglou says. “And I can see their faces are contorted, and they’re looking at each other like ‘What?’ And I go, ‘Guys, what’s going on? I thought you were so excited.’ And one student says, ‘Miss, that's 23.14% per year! They're lying!’ And I say, ‘No they're not.”

Then Sairoglou gets serious. “They’re not lying to you,” she tells her class. “They told you it’s 1.75% per month. Did you read it properly? Did you stop to think critically about what that means? And would you have known what to do if I had not just taught you about effective rates?”

The students are shocked. Some of them want to give the folks at the credit card table a piece of their mind. Of course, there is no credit card table. Sairoglou simply took a question from the textbook and built a believable and relatable story around it. And the students responded right away.

“It’s not some foreign thing,” Sairoglou says. “It makes it relevant.”

Sairoglou, who started teaching at Seneca in 2008, is well-loved by her students and well-respected among her peers. Yet growing up, she never thought she’d be a teacher, let alone a math teacher. 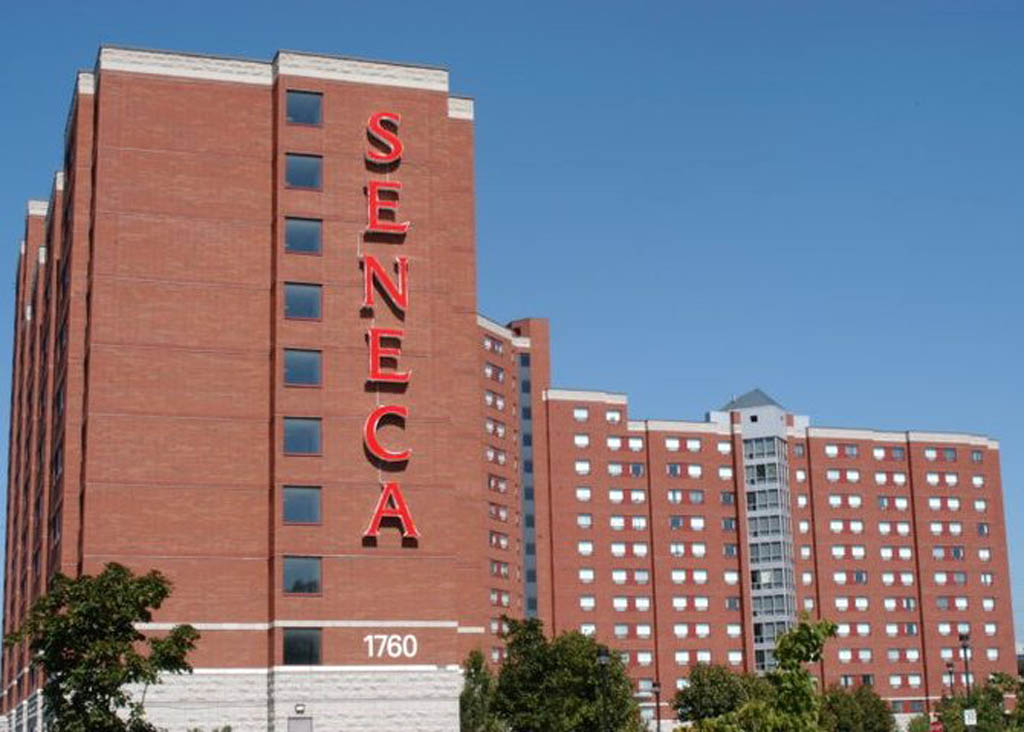 As the youngest child of Greek immigrants, education was made a high priority for her and her siblings. But as a teenager, Sairoglou was more interested in subjects like history and religion, and eventually majored in Humanities at York University.

While at York, Sairoglou began working at ING Direct to earn some extra income. Her natural leadership skills and contagious enthusiasm helped her move quickly up the ladder, and soon she was working closely with the marketing department and managing internal training efforts. Because ING’s prime directive was being the first at things like online banking and branchless banking, Sairoglou found herself experimenting with ways to make banking more interesting and fun.

“I started finding ways for the regular everyday person to look at banking differently,” she says.

But while her relentless work ethic helped her advance her career, it also put her body under enormous stress. Soon she began experiencing health problems, prompting her to re-evaluate her career path.

"I was rethinking what I wanted to do in my life,” Sairoglou says. “At that moment you think about your happiest times, and part of my happiest times were when I’d sit with my father.”

Sairoglou explains that her father would begin every day with a Greek-English dictionary and the Toronto Star. He’d pick five words from the Star that he did not understand, look them up, and use them in a sentence. Then he’d ask his daughter if he was using the words correctly. If he wasn’t, she would never tell him the answer outright. Instead, she’d ask him to think about the word in a different way.

And he’d say: “You're gonna be a good teacher one day.”

With this in mind, Sairoglou gave her two months’ notice at ING. Then she went back to school for her masters in education and her teaching certification. Shortly after graduating, she received a call to interview for a teaching position at Seneca College. The subject was Intro to Finance.

Despite her more pressing interest in humanities and mixed feelings about math, she agreed to the interview, during which she learned about the low levels of numeracy in college students. To be a successful teacher, the department heads told her, it was less about the math and more about how she delivered it. They wanted to know if Sairoglou could truly connect with the students. They wanted to know if she could make a real difference. Sairoglou thought she could, and they gave her the job.

At first, the students filling her classrooms seemed to have already resigned themselves to failure. They were unmotivated and listless, as if they knew how the semester would end, and were powerless to change it. They didn’t know what they were doing there, and they didn’t know why they should care. But Sairoglou soon realized that the fear she saw in her students’ faces was the same fear she’d felt when she was their age.

So she began kicking off each semester with an informal request.

"One of the first things I say to them when they walk into the classroom is, 'I see that invisible wall in front of you. I can see it in your faces, so do me a favor and break that wall down and trust me. Be open to the fact that you may actually enjoy the class."

Most students brush off the idea, but they’re nearly always in for a surprise. By applying mathematical concepts to real life situations, Sairoglou gradually engages her students and makes them care about the material. Interest rates, markups, valuations, ratio analysis; it’s only dry and intimidating until it involves something the students can relate to. Something they can care about.

While Sairoglou’s storytelling abilities work to engage students and translate concepts into a language they can understand, the math professor also relies on weekly quizzes to accomplish two additional goals. First, if the majority of the class bombs the quiz, she knows that she - not the students - did something wrong, and can take steps to remedy the problem. Two, when the students do well on the quizzes, they become addicted to the feeling of achievement.

Sairoglou also uses the midterm as an opportunity to update the students on their progress and provide positive motivation. After the midterm, she sends each student a breakdown of their marks on an Excel sheet.

She assigns 10% of the overall mark towards quizzes, 20% towards Vretta’s interactive lessons and labs and 30% towards the midterm. There is also a final column that is labeled Highest Possible Mark. It shows students the highest grade still achievable. “I do that because when I started teaching here, I started seeing that students who didn’t do very well, especially after their midterm, began losing interest completely, and their momentum just went away,” Sairoglou says. “By including the Highest Possible Mark, students see a light at the end of the tunnel, and understand what must be done to get there.”

These are just some of the ways Sairoglou engages her students. There is also the Think Outside The Box game, where students write their fears on the inside of a cardboard box, and their dreams on the outside.

Yet each initiative works toward the same goal: Building trust, breaking down mental barriers, and making the material relevant, relatable, and exciting.

“For me,” Sairoglou said, “every time [I teach a class], it’s a different set of students, and every time I do it, I get as excited as the time before, because they don’t know what’s coming, but I do”.