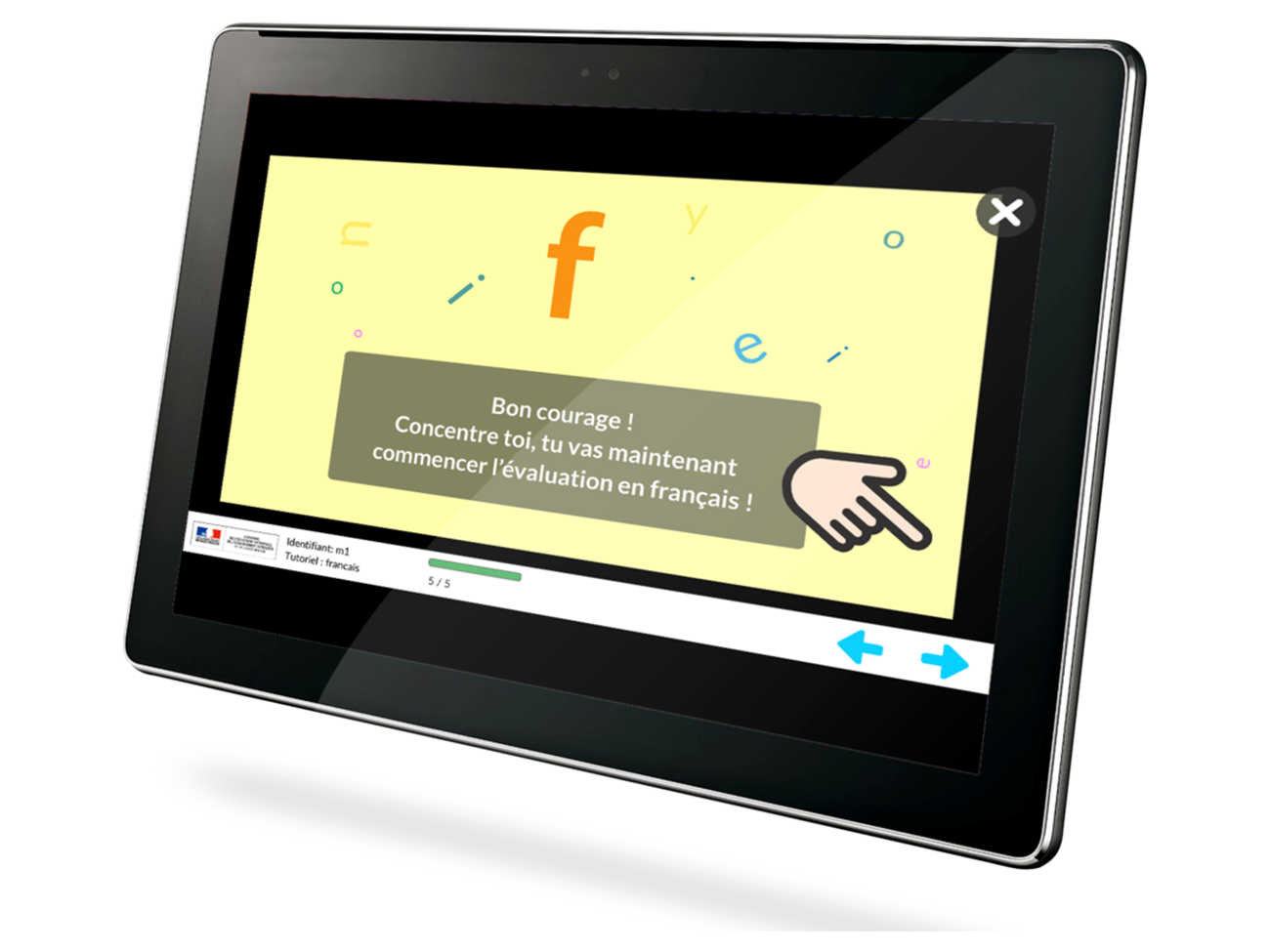 Ministries of education, across the world, share a common belief that digitization is the future direction of large-scale student assessments. This is a vision that is also strongly shared by the leadership teams at the French Ministry of Education who run several sample-based, large-scale assessments to evaluate the literacy and numeracy of students in primary and secondary schools across France.

Since 2014, the Division of Evaluation, Planning and Performance (DEPP) at the French Ministry of Education has piloted and implemented digital assessments for their national tests conducted in secondary schools. However, as is typical in most countries, infrastructure and the availability of devices is much stronger in secondary schools than in primary schools. This led the DEPP to carefully consider the new challenges they would face when extending digital assessments into primary schools.

In September 2015, the DEPP entered into a partnership with Vretta, a global educational technology solutions provider, to collaboratively design a deployment plan and develop a technology solution to assess the performance of primary school students in France. The following table summarizes the strategy for the common challenges that were experienced:

After validating the strategy, a highly intuitive mobile platform, which could run in an offline environment, was designed and developed along with about 300 interactive assessment items in Mathematics and French. Voice-enabled tutorials, custom tools, interactions, and questionnaires were also developed within the platform to engage and guide students through the assessment experience. A custom data structure was also created to allow for the offline collection of data. The teams collaboratively designed an interface that allowed administrators to receive and store the data from the tablets, making it easily accessible for analysis.

In June 2016, tablets were pre-loaded with the platform application and were successfully used by over 3000 students at 100 schools, in partnership with l’Académie de Versailles, France. The navigation tools and tutorials guided students through the interactive assessments, and the built-in surveys demonstrated that students found the experience to be highly positive.

"This project has confirmed that large-scale interactive assessments benefit greatly when presented on mobile devices." says Dr. Thierry Rocher, Deputy Head of Office for Student Assessment at the DEPP. He also adds "the success of this pilot also provides great promise for digital assessments administered in an offline environment."

The success of this offline interactive assessment on tablets has confirmed the strategic plan for the DEPP to generalize such large-scale digital assessments for all primary school students across France. Click here to view and download details of the project